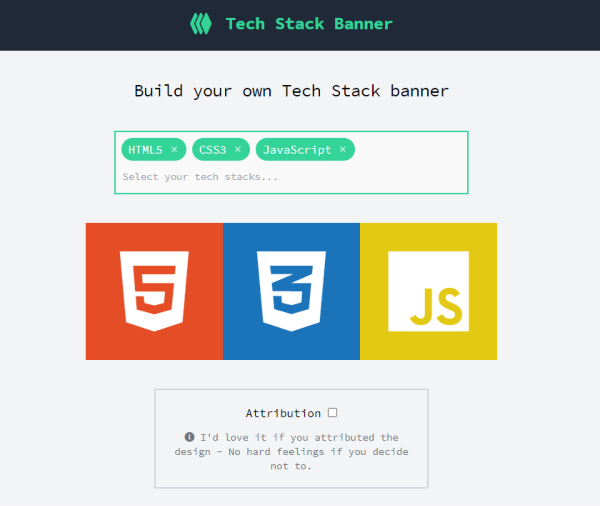 Back in March when I posted this tweet for followers to submit their websites for me to review, Andy Griffiths submitted his own with the message:

Be interested to know your thoughts as not had much feedback yet.

Tech Stack Banner is a tool I haven't seen before but I would definitely see myself using. You could say it's one of those "I didn't know I needed" kind of tool for many who want to show off their skillset in a simple image. The image can be downloaded and used as a Twitter header for example.

The user interface for this tool is pretty straight forward. Start typing your tool of choice into the box and you'll be immediately get suggestions underneath. Click on one and it immediately goes into your banner as a tile. You can tell a lot of work has been put into making this app! 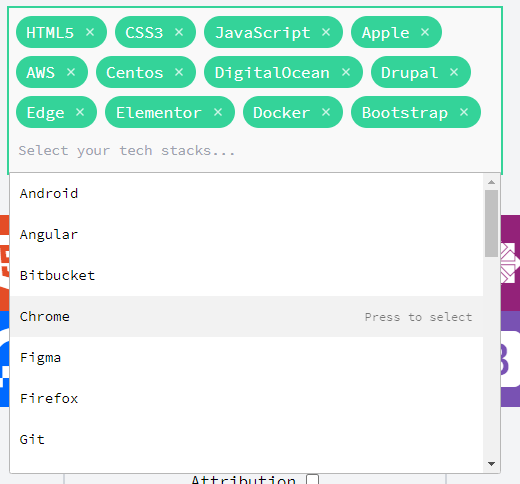 Fully accessible with a keyboard

As a test, I've tried to use the tool only using a keyboard. I had no issues whatsoever and there was no part of the app I couldn't access without a mouse. Good job!

The app is fully responsive. I had no problem using the app in a variety of screen sizes without any trouble. 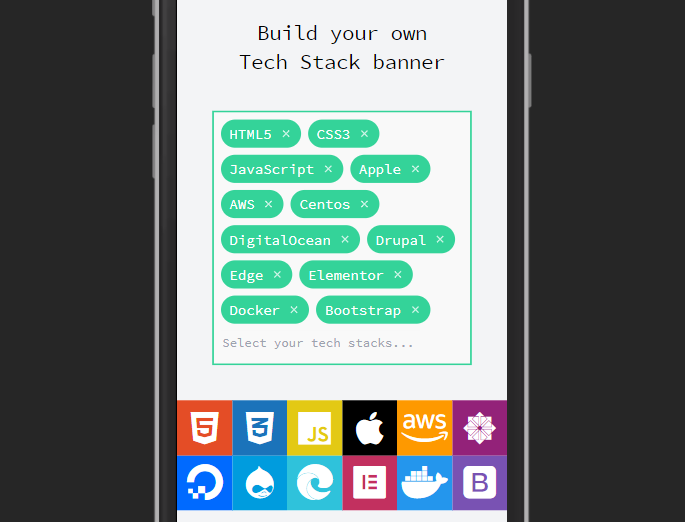 Andy has made sure screen reader visitors know that the input box is expandable by providing an aria-expanded tag in the input box! That's a major consideration I haven't seen much in tools like this!

Use of semantic HTML

While testing the site, I had a look at the source code. Although having just <div>s works well on the surface, I would've liked to see the header in a <header> tag, the footer in a <footer> tag, the main part in a <main> tag and so on.

No rel in external links

At the bottom of the page, Andy has provided a link to his business, Brandy Media. This link opens in a new tab. It is good practice however, to have rel="noreferrer" in such links, even though it's your own link you know and trust. 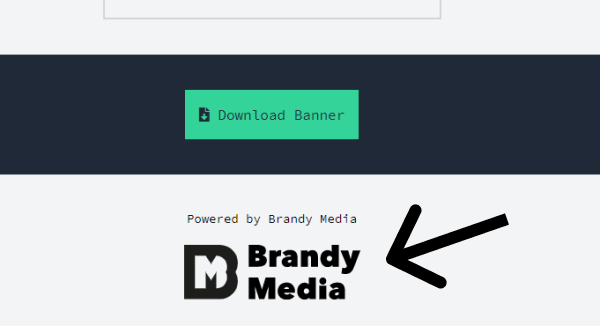 Some of the text in the app doesn't have sufficient contrast against its background. Most importantly, the list of tech stack items in the input. 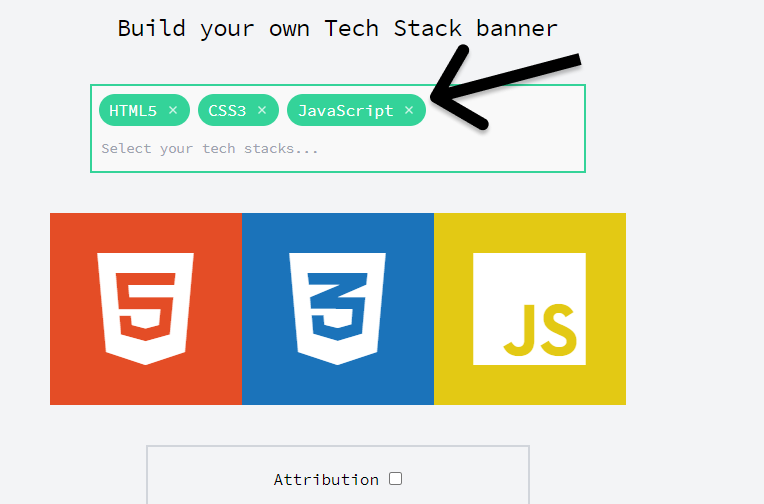 This is what WebAIM says about it: 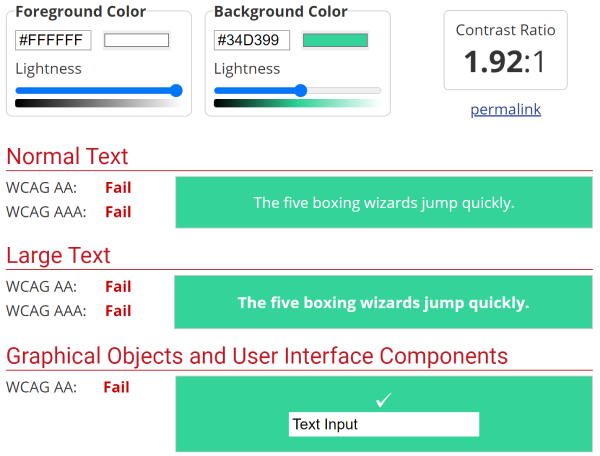 The "I'd love it if you attributed the design - No hard feelings if you decide not to." also has some contrast issues which could affect some of the app's visitors. 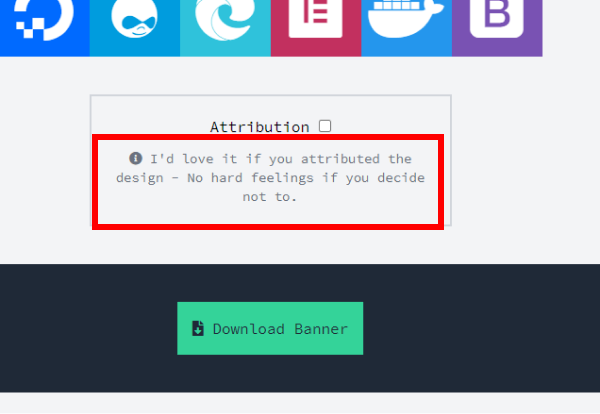 This is what WebAIM says about this: 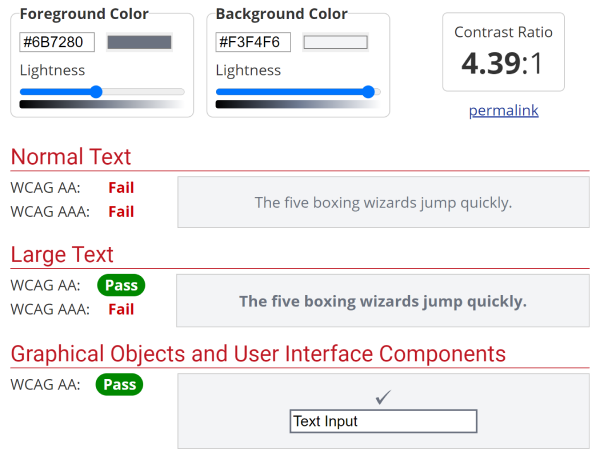 Checkbox without a label

The checkbox next to "Attribution" doesn't have a label or something the screen reader can read back to its user. The text "Attribution" itself could act as the label. 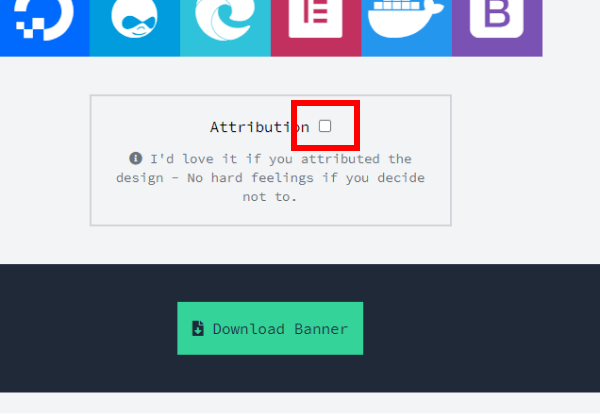 Tech Stack Banner is a very useful and easy to use "didn't know I needed" app. Some opportunities for improvement are there.